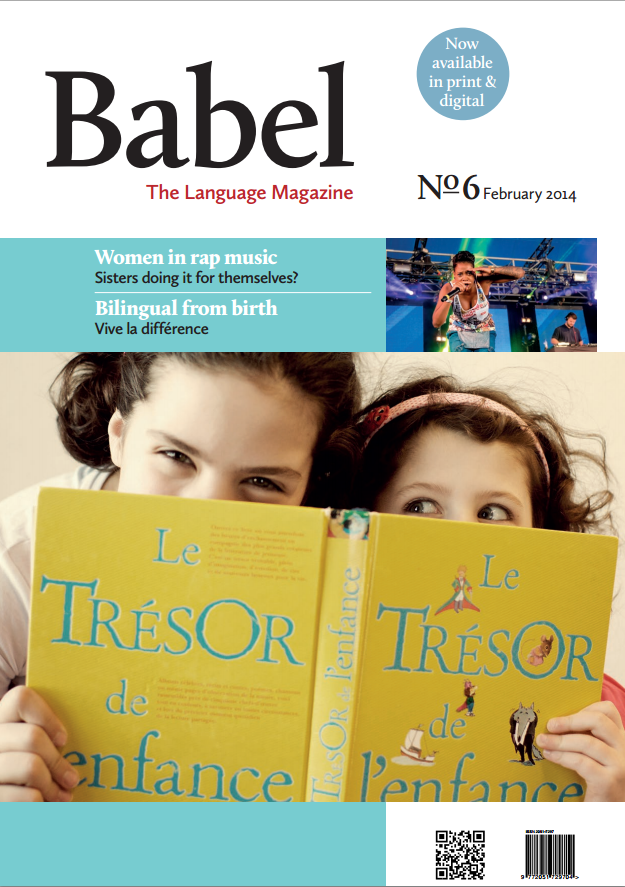 Articles
Bringing up bilingual children
The advantages of growing up with more than one language
Militancy or manipulation?
The demonisation of trade unions in the UK press
The US foreign language deficit
The effect of globalisation on language competence in the US
Women in rap music
Do female performers have feminist intentions?
Wordsmiths and warriors
David Crystal on his new book for the ‘English-language tourist’

Regular features
Ask a linguist
Why do Romance languages form plurals with an ‘s’?
Language games
Can you spot some etymological impostors?
Language in the news
Dialects in schools
Research into cooing to babies
Languages of the world
Dholuo, the language of the Luo people
The linguistic lexicon
Babel brings you the letter F
Lives in language
The linguist and anthropologist Edward Sapir
Meet the Professionals
Text analyst Patrick Juola
Pull-out poster
The Historical Thesaurus of the Oxford English Dictionary
Reviews
Melissa Mohr’s Holy Sh*t
Guy Deutscher’s Through the Language Glass

Back to Babel Issue Guide
We use cookies to ensure that we give you the best experience on our website. If you continue to use this site we will assume that you are happy with it.Ok